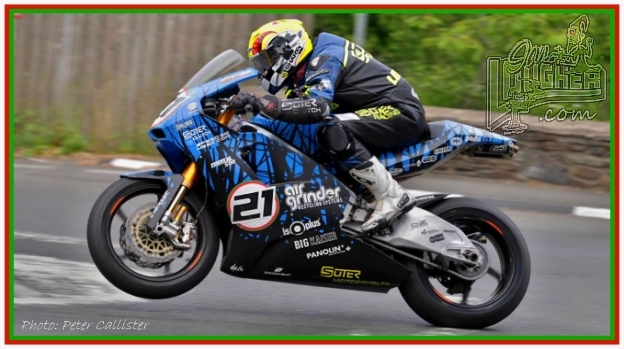 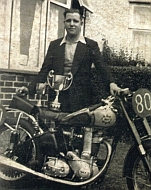 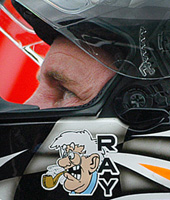 On the eve of the 2007 North-West 200 came the news that Ray Cowles had sadly passed away.
No mean racer himself in his day, Ray is perhaps best known for his sponsorship and assistance of many riders.
Steve Hislop, Robert Dunlop, Jason Griffiths, Selwyn Griffiths, Darran Lindsay, Phil Landeg, John Hartle, Neil Tuxworth, Jack Daniels' son Gordon who won the Senior Manx on a G50 Matchless many had ridden and dubbed 'old faithful', Dave Williams who put in the first 100 mph lap on a single in a Manx Grand Prix, Roger Sutcliffe won the 1970 Manx Grand Prix, the list goes on........
In essence, his input into the sport both in a financial and advisory capacity cannot be appreciated highly enough.

Ray was also a good friend, sponsor and a big help to Ian Lougher in the early years of his career.                         Indeed, who can forget Ian on the Ray Cowles Racing Number 17 TZ250 taking over 38 seconds off the existing lap record and also smashing the race record to beat pre-race favourite and friend  Steve Hislop by 1.8 secs in the 1990 Isle of Man Junior TT, in what is still to this day ranked as one of the classic moments in the history of the TT.

Paying tribute to Ray, Lynn Isaac from www.silverdragons.co.uk quoted the novelist George Elliott -
' Our deeds travel with us from afar, and what we have been is what we are'.

Thank-you Ray, may you rest in peace.